A repeat of the sunburn trial in the Ord River Irrigation Area (ORIA) in 2020 using Photon® 500SG* (active ingredient dicarboxylic acids) again found it did not reduce the incidence of sunburn.

Department of Primary Industries and Regional Development Western Australia (DPIRD) Research Scientist Tara Slaven repeated the trial in 2020 to confirm the 2019 findings. Photon® had no impact on the total number of fruit per tree. However, there was a reduction in the average weight of the fruit. That is, the mean weight of fruit from trees treated with Photon® was 267g compared to 306g for the control trees.

Application started on 10 July 2020, seven days after petal drop at 4g/100L water as per label instructions. The last application was applied on 2 October 2020. Amistar® (azoxystrobin) was mixed with the dicarboxylic acids application on 10 July 2020.

The canopy of each tree sampled was divided into twelve sections: six on the north and six on the south sides of the canopy. The six quadrates were labelled: top east, top middle, top west, bottom east, bottom middle, bottom west. Each piece of fruit was given a sunburn score between 1 (mild bleaching) to 7 (severe necrosis). Analysis showed that there was more first grade fruit at the bottom half of the canopy. While, the number of sunburnt fruit increased east to middle to most severe on the western side of the canopy.

Analysis of data was incomplete at the time of publication of the original article.

Further data analysis showed Photon® had a positive impact on blush. Blush increased on the west side of the fruit when Photon® was applied (Figure 1). This is the side of the fruit receiving the afternoon sun which is the most intense. Therefore, Photon® is reducing the level of stress in the fruit enough to stop mild sunburn and induce blush instead. 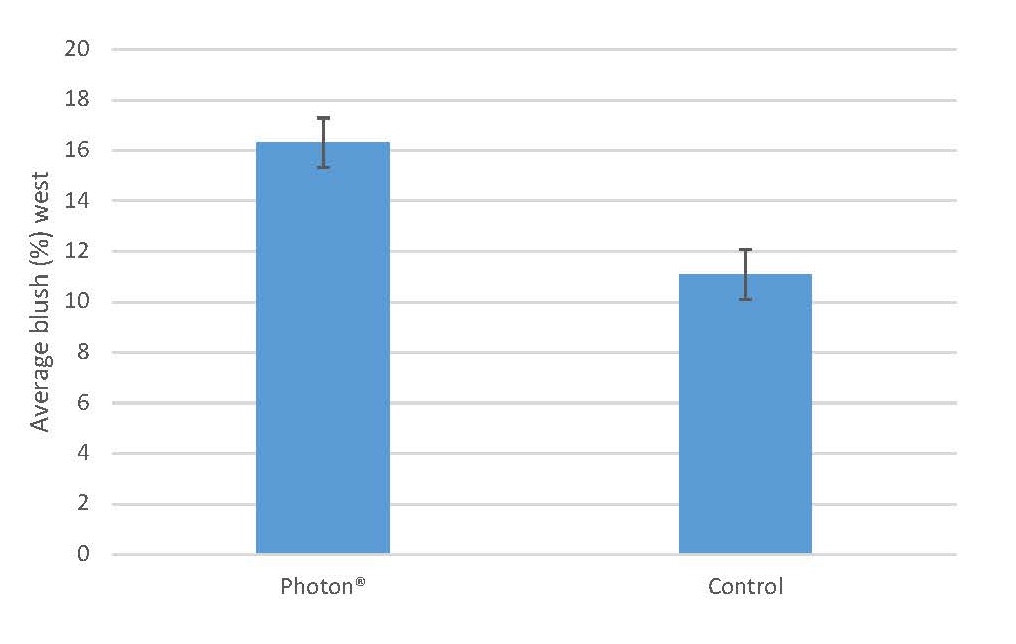 Figure 1. Average percentage of blush on the west side of the fruit for Photon® and control treatments.

Investigation into the causes of sunburn and management techniques of mangoes is on-going.

*Trade names are used to simplify the information given. No endorsement of named products is intended, nor is criticism implied of similar products not mentioned.